Many people believe that the projectors’ functions are incomplete without the ability to watch Netflix. So, do projectors work with Netflix?

You may watch Netflix on your projector. There are various ways to stream Netflix to a projector, including HDMI, Screen mirroring, Chromecast, etc.

However, some smart projectors will come with a Netflix app built-in. You may use an inexpensive projector to view Netflix episodes in your home theater.

All you need is the necessary equipment and an internet connection, and your movie night will be a success for everyone in the room.

We’ll teach you how to do it in simple steps with this article.

Do Projectors Work With Netflix?

You can stream Netflix on one using a projector. Most projectors will need a second media device such as a Fire TV, Apple TV, Roku, or similar device connected to the projector to stream Netflix.

Here are five methods to stream Netflix on your projector. At least one of them will work with your device, so keep reading to determine which one is ideal.

Use A Smart Projector 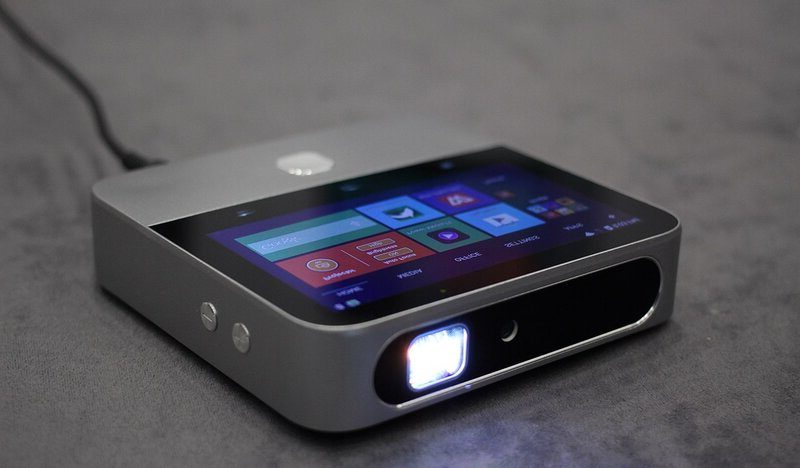 Smart projectors have an operating system such as Android TV, Roku OS, or WebOS. Netflix is one of the built-in applications for these devices.

It is the most straightforward method for watching Netflix on a projector. This one features a CPU, memory, and RAM.

For example, the Epson Home Cinema 2250 is a smart projector similar to a PC.

It also comes with the most recent Android version, which you can use to install additional applications like Disney+ and Prime Video.

To get started, choose Netflix from the projector’s menu screen. After entering your account, you may begin viewing your favorite streaming content on the “big screen.”

After entering your account, you may start viewing your favorite streaming video on the “big screen.”

If you don’t have access to a smart projector, you may still watch Netflix using one of the techniques listed below. 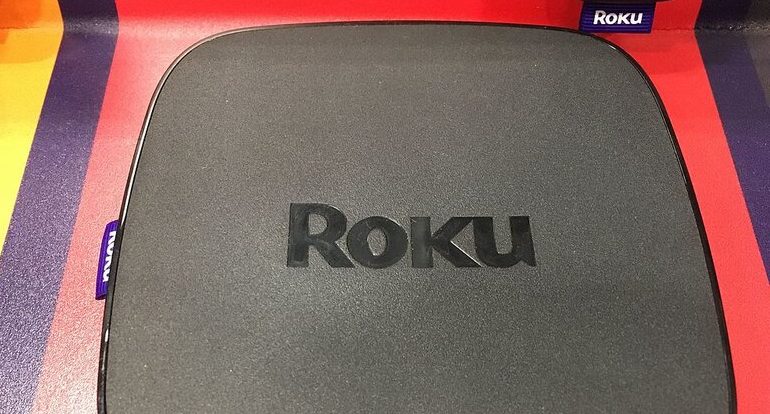 Wireless connectivity is available on several projectors. But, even if you connected your projector to the home’s WiFi network, you still need a streaming stick to see Netflix on the big screen.

Two alternatives are the Roku and Amazon Fire TV Sticks. Both gadgets can connect to the Projector’s USB input.

Use a Type-C USB cable. 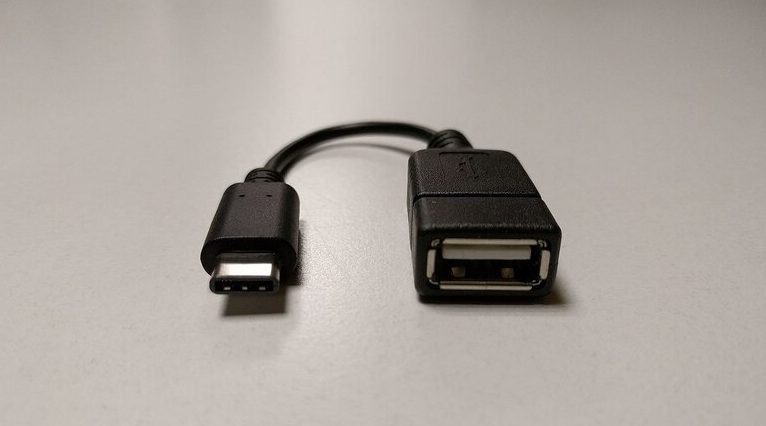 Use a Type-C USB cable

If you have an Android phone or tablet, you may use a Type-C USB cable and the DisplayPort capability to stream Netflix video.

You need to download Netflix on your Android smartphone. Then, connect the app to the projector using a USB-C Gen 3.1 connection or higher and stream away.

There is a method to watch Netflix and stream your entertainment without needing to connect several cords. An HDMI extension kit will help.

It reduces the number of wires required to connect your external devices wirelessly. It includes a tiny transmitter connecting to the HDMI connector’s content source.

You’ll also need to connect the adapter to a power source. Now, it’s time to enjoy your favorite movie on the big screen! 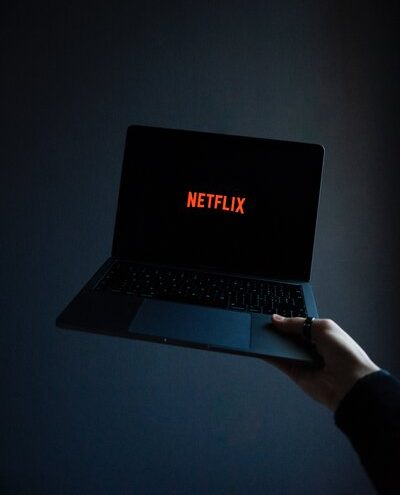 If the projector doesn’t have a wireless connection, you’ll need to use a USB or HDMI connector to connect the two devices. It will reflect the movie from your laptop’s display onto the bigger screen.

If you’re using macOS, things are a bit different.

Use Your Android Device 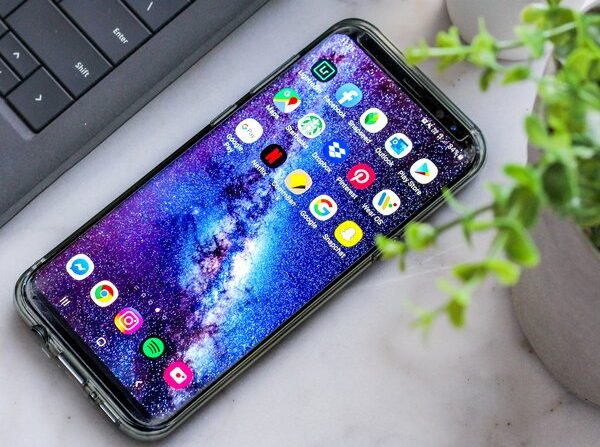 Use your android device

You’ll need a Type-C USB connection and a Display Port feature to stream Netflix from your Android smartphone to the projector.

Use Your Apple TV 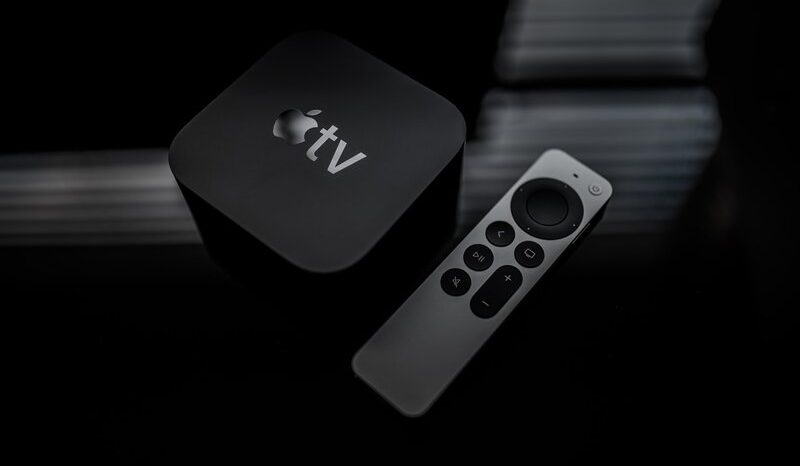 Your Apple TV can do several things, like broadcast Netflix to your connected projector. After all, the Netflix software is freely accessible on the Apple App Store.

If you want to avoid adding cords to your entertainment setup, a Chromecast device is another choice. It connects to the HDMI connector of the projector and is operated by your Android or iOS mobile.

Some standard Chromecast sticks deliver outstanding 1080p quality. You may also find the Chromecast Ultra, which can handle Netflix material in 4K.

Some devices need an HDMI cable to be inserted into the HDMI port, while others, such as USB Flash Drives, maybe put straight into the socket.

Other devices typically used for smartphones and laptops need a USB-to-HDMI or Lightning-to-HDMI converter to function.

If your projector supports Miracast, you may connect simply from your phone without any additional gear.

If you don’t want to buy an HDMI cable or a streaming device, and your devices allow Screen mirroring, this solution is excellent.

If you’re using this approach to watch Netflix on your projector because there isn’t a WiFi network nearby, you must first download the movies using Netflix or be willing to use your phone’s data.

The procedures below will get you started:

Common Problems Getting Netflix To A Projector

Even while all of the above methods for viewing Netflix on your projector are very straightforward, there are some concerns to be aware of, which we’ll discuss further below.

Check if you’re using AirPlay if you’re having problems streaming Netflix from your iPhone to the projector. It’s conceivable that disabling it will solve your problem.

Also, make sure Netflix is active and switched on when using the projector. If the material on your phone isn’t playing, it won’t travel to the projector. It would be beneficial if you turned on both devices.

It will help if you read our tutorial to ensure your kit works correctly.

If you utilize one of the methods listed above, remember that HDR support is inaccessible, and Dolby Vision support isn’t available. If you wish to watch Netflix on a projector, it will only be available in standard HD formats.

Netflix Won’t Play On The Projector.

There are a few reasons why Netflix won’t play on your projector. You don’t have a smart projector or one that can link to the internet, for example.

If you’re utilizing cables or an HDMI kit, double-check all linked wiring. Due to a kink or frayed ends, both devices may not receive the signal.

When you’re copying material, you could run into issues. These signals may be blocked by anti-piracy HDMI standards.

Another common issue is that your Netflix application is out of date. Any difficulties may be resolved by upgrading and reinstalling the app.

In addition, some users have reported obtaining an error while attempting to play Netflix on their projector from their PC or other devices when casting content using Fire Stick or Chromecast.

Several factors may contribute to this problem, including poor setup configuration and audio/video format incompatibility.

You may either check your HDMI cable connection or update the supported formats on the device you’re using for playback to solve this issue.

If none of those options work, contact Netflix support or a specialist specializing in multimedia devices like video projectors and streaming sticks. They’ll be able to assist you with these concerns.

The following video will let you know why you can’t watch Netflix on your projector.

Why does Netflix not work on the projector?

Netflix isn’t playing on your projector for a few reasons. One typical problem is that you don’t have a smart projector or one that can connect to the internet.

Some application developers may decide whether or not to allow Screen Mirroring in their applications. For example, Netflix, Disney+, and Apple TV have opted to ban this.

Why won’t Netflix play on my projector from my iPhone?

If you’re having trouble streaming Netflix from your iPhone to the projector, see if you’re using AirPlay. It’s possible that turning it off will fix your issue.

Why won’t Netflix play through my HDMI?

It’s possible that the HDMI cable isn’t correctly attached. Try plugging in either side or end of the HDMI cord to the HDMI port until the problem notice disappears.

Do projectors work with Netflix? The answer is yes. There are a variety of options for watching Netflix on your projector.

When using connecting wires, make sure the ends aren’t frayed. After replacing the cable, you may resume watching your favorite Netflix episodes and movies.

If you have a streaming device, an Apple TV, a Chromecast device, an Android device, a macOS device, a Netflix-ready smart projector, or anything else, it’s quite straightforward to watch Netflix on the large screen.

I hope this post has provided you with helpful information on watching Netflix on a projector. If you have any concerns regarding the procedure, please leave them in the comments section or contact Display Central directly for further details.

Michael Brown has been a lead editor of the website display-central.com for a long time. He’s been a technology examiner for almost a decade, specializing in the best display solutions such as laptops, projectors, and TVs, Mobile. Michael will provide you with helpful and relevant knowledge and advice based on his technical background.